Today is our topic about the advantages and disadvantages of using Mobile Spy Apps. But before going to that, I want to say that Smartphone has been the single most influential innovation in our lives but still some circles of the society raise questions against them. While some people point towards the countless benefits of the smartphones, many others hate them for their negative role. Some of these benefits and disadvantages have been shaped due to the use of certain mobile applications. Mobile spy apps have also been a subject of prolonged debate among the smartphone users. Thousands of people have benefited from them but there are voices that have concerns regarding their use. Our today’s article is about the advantages of best mobile spy apps and the most pressing concerns against them.

It’s impossible to know what will happen in the future. But if you know something wrong could come your way, would you be ready to face it? You cannot be with your kids and loved ones wherever they go. But with a spying app, you can watch their back anytime. Xnspy mobile spy apps are one example that gives its users complete location details of the monitored person. You can get alerts for specific locations and get the location history right on your phone. You will be informed when they safely arrive at their destination through the geo-fencing capabilities. In case the person is at a place where there is no internet, the app will keep recording the locations and upload them when the internet is turned on.

In the digital era, parenting has become more challenging. There are threats of cyber bullying, cyber stalking, and body shamming. Kids are facing psychological issues and some have gone that far that they have attempted suicide. These risks are more than physical threats. Online predators use applications like Kik, Facebook, and Instagram to target the teens. Sexting is a pressing concern for the parents. Best mobile spy apps, can give you peace of when it comes to what your teenager is doing on the internet or mobile device. Apps like these can track phone calls, text messages, browser activity, and give you regular reports for their cellphone use. These apps can help you a lot in monitoring your kids online and keeping them safe from cyber threats.

These apps are a booster for business efficiency. One of the major challenges faced by the owners is ensuring the productivity and efficiency of the employees. Many of the companies have a mobile workforce and those employees drive company vehicles. Some company employees are on traveling and monitoring them could be really hard.

To counter this problem, mobile spy apps are being used by the employers to monitor their employees’ locations. But it’s not always about tracking the location of your employees. Many in-house employees use social media during the job hours and can even use the official cell phones to harass the fellow colleagues. Other best mobile spy apps make sure that employees remain focused and do not try to compromise the company’s information. This not only saves time but also regulates the company’s workflow.

As with almost everything if there is “Advantages of Mobile Spy Apps”, there are also disadvantages of using these Mobile Spy apps. You can have a look at them too before deciding if these mobile apps are right for you.

The most intriguing debate in almost every circles about these apps is tracking a person’s smartphone without their knowledge. While it makes sense that tracking someone is unlawful, these apps never endorse using them without the target person’s permission. Humans are tempted by the ability to track a phone and violate the other person’s rights. But it is always advised to ask for the permission before you use a mobile spy app on someone’s phone.

Just because you have a tracking app installed doesn’t mean it’s always going to work. Most of these apps on the internet has this issue that they are not as efficient as stated on their websites. The biggest issue is compatibility with the target device. They require the device to be rooted and jailbroken before installing them. Likewise, there are issues with the accuracy of location information.

Last but not the lease, privacy is the biggest concern of the people about using these apps. Hackers, thieves, and other dishonest people may use these spying apps against you without your permission. If they want to break into your home or harm you any other way, they can easily track where you are at any given moment. While there are concerns regarding these apps, they have done a lot better to many people than being the root of all evils. It’s up to us if we use them for better or misuse them. I hope you like this topic to share your ideas about the “advantages and disadvantages of mobile spy apps” use the below comment box. 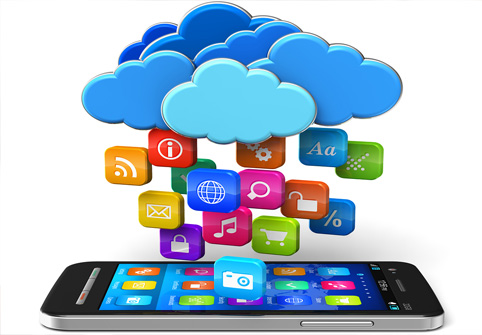 Advantages and Disadvantages of Mobile Phones in Points